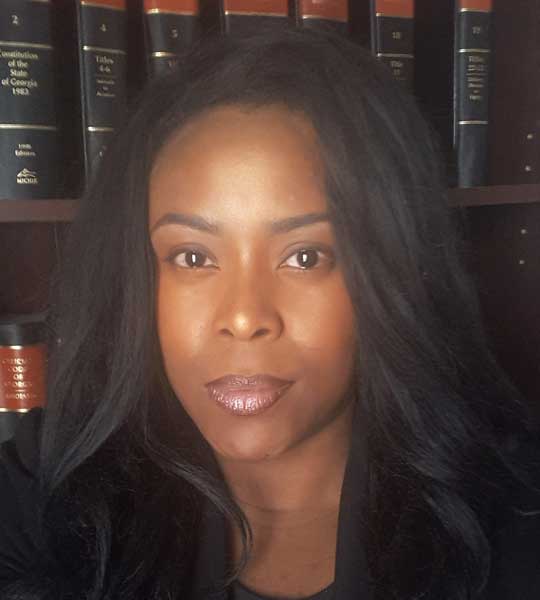 Twila was born in Ann Arbor, Michigan and grew up in both Michigan and the Atlanta Metro Area. She graduated from Georgia State University with honors in 1994 with a Bachelor of Business Administration. While at Georgia State University, Twila was twice named Faculty Scholar, an honor granted for making all A’s. She also received numerous Dean’s List Honors, was inducted into the Golden Key National Honor Society and received a Certificate of Achievement from the Office of African American Student Services & Programs.In addition to those various honors, Twila was active as a member of Alpha Kappa Psi, a National Business Co-Ed Fraternity, where she chaired several committees. She was also an active member of Alpha Beta Gamma, a National Honor Society, where she served as a Student Representative.

Twila received her Juris Doctorate Degree (JD) in 2002 from University of Tennessee College of law. During her tenure as a Law Student, Twila was selected from candidates nationwide to participate in a Judicial Externship Program Sponsored by the American Bar Association and from that opportunity proudly Clerked for a Juvenile Court Judge in Chicago, IL. She received a Certificate of Excellence in Community Legal Education for her service as a Student Attorney.

Twila is a believer in giving back and has volunteered with Partners for Education through the Atlanta Chamber of Commerce (Mentor Program) and Big Brothers & Big Sisters of America. She is also a Former Attorney Coach Mentor for Mundy’s Mill High School’s Mock Trial Competition (4 years) and donates to various charitable causes.

In her spare time Twila enjoys spending time with family, travel, the arts and brain games.