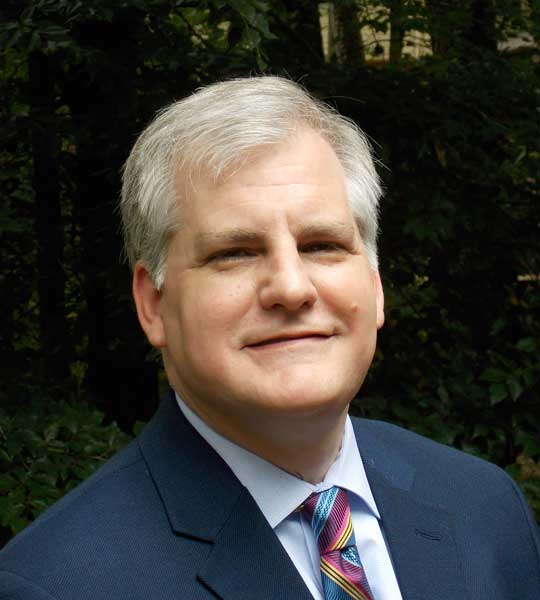 Russ is a native of Atlanta, growing up in Tucker, GA.  His dad was an attorney, leading him to his interest in the law.

Russ graduated from Mercer University in Macon, achieving a Bachelor’s degree with a double major in History and German.  Russ went on to study law at Georgia State University.  While in law school, Russ interned with the EPA, Atlanta Legal Aid (Senior Citizens Project), and received an ORISE grant for legal research at the Army Environmental Policy Institute.

Russ began his legal career with a small general practice firm in Douglasville, with a focus on criminal defense, workers’ compensation, and divorce.  He then went on to open his own practice, specializing in bankruptcy and criminal defense and began handling Personal Injury claims, as well.

Russ then went on to join a large firm in Norcross, practicing solely in Personal Injury and Workers’ Compensation. For the past sixteen years, he has specialized in Personal injury law, handling wrongful death, motor vehicle, trucking, bus and bicycle wreck claims, as well as dog bites, slip and trip and falls, negligent security claims, assault and other claims.  Over the past sixteen years, Russ has recovered a huge amount for clients.  His philosophy has always been client satisfaction.  Russ brings that same tenacity for customer / client satisfaction to T. Madden & Associates, P.C.

Russ enjoys thrift shopping with his wife, and watching Marvel movies and building Star Wars legos with his son.  You might see him at DragonCon.